The 2021 ICLEI East Asia RexCom Meeting was held virtually on 23 December, serving as a signification occasion for ICLEI’s regional leadership and offices to exchange ideas and catalyze local actions in East Asia, to advance integrated sustainability while recovering from the challenges caused by the ongoing global pandemic.

The leadership of ICLEI for the 2021-2024 term was announced during the virtual launch of the ICLEI World Congress 2021–2022 in April. At the Annual Meeting, Shu Zhu, Regional Director and China Representative of ICLEI East Asia and chair of the meeting, cordially welcomed the two new members from Seoul City and Changchun City. Taking the opportunity, all East Asia RexCom members demonstrated their respective roles and contributions.

Kyoto City highlighted that, as the birthplace of the Kyoto Protocol and the IPCC Kyoto Guidelines, the city has played a leading role, and was the first municipality in Japan to pledge to achieve zero emissions by 2050 back in 2019. To pursue the goal of becoming a decarbonized society, the city has been in close cooperation with citizens, businesses, and experts, and has newly formulated a Kyoto City Action Plan earlier in March.

Seoul City shared the urgent demands on cooperation to fight again climate crisis. Under the city’s Climate Action Plan for Carbon Neutrality by 2050, which was announced in January, the city is looking to join hands with its citizens, and prioritize 75 tasks for emission reduction in the building, transport, forest, energy, and waste management sectors.

In 2020, 80 sub-national governments launched the Korean Local Governments’ Action Alliance for Carbon-Neutrality and urged nationwide action for carbon neutrality by 2050. As a co-chair of the Alliance, Suwon City has taken up its leadership in pushing forward the momentum of carbon neutrality and climate change actions through collaboration. Particularly, Suwon has utilized policy exchange platforms such as the 2021 Governance Policy Market and the Suwon Municipal Policy Discussions, in further promoting the concepts of eco-friendly mobility, as well as nature-based and human-oriented development.

Changchun City stressed the need for collaboration in the region so that local governments in the region can join hands in overcoming challenges and embarking on a new journey of high-quality development. At the moment, the city is prioritizing actions on accelerating the building of an ecologically solid city; general improvement of the urban environment; promoting conservation and utilization of resources and energy, and advocating a green and low-carbon lifestyle.

On this occasion, advisory members and ICLEI offices in the region also updated their achievements in 2021 and their plans for the next year. At the conclusion of the meeting, all RexCom Members and ICLEI offices have expressed the increasing need for strengthening regional and international cooperation in the fight against climate emergency, and in realizing a green transition and recovery from COVID-19. They have also mutually acknowledged and shared the weight of responsibilities, and look forward to the upcoming activities, sincerely hoping to take a step closer to a sustainable future in 2022. 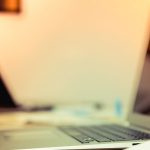 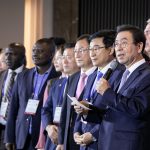 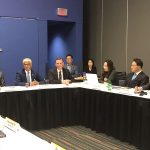