Seoul Mayor Park Won-soon and Beijing Mayor Chen Jining agreed to further strengthen bilateral cooperation in the areas of environment, economy, culture, and education. At the third meeting of the Seoul-Beijing Joint Committee held on 19 March in Seoul, the two mayors witnessed the signing of a Memorandum of Understanding (MOU) to promote environmental cooperation between the two capital cities, with a focus on clean air actions.

The two cities have agreed to strengthen their cooperation by holding the Beijing-Seoul air quality forum on a regular basis and forming a joint research team to develop pilot projects. 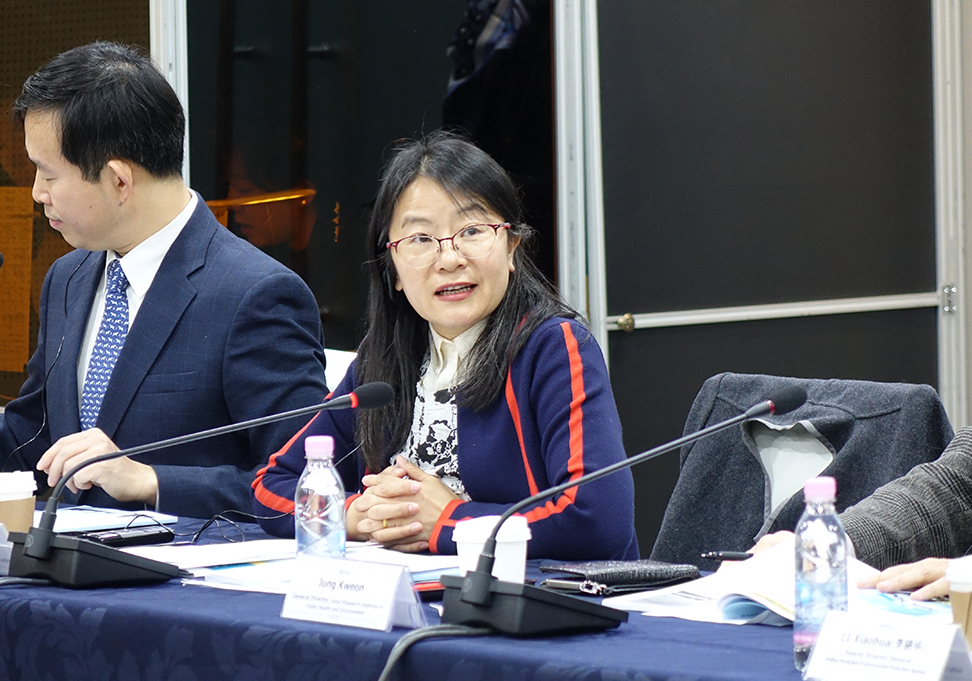 Following the meeting, a joint workshop on ways to reduce fine dust and volatile organic compounds (VOCs) was hosted on 20 March in Seoul City Hall, led by Kim Jong-geon, General Director of Seoul Climate and Environment Headquarter and Li Xiaohua, Deputy Director-General of Beijing Environmental Protection Bureau. The two cities had an in-depth discussion on their experiences and local actions and shared the technologies they have developed for air quality improvement.

Since the late 1970s, Beijing has gone through rapid economic and social development, facing challenges of energy, mobility, and industrial structure change. The air pollution in Beijing is considered one of the results of the growing population and urbanization associated with rapid growth.

Beijing completed the first sources identification of PM2.5 in the city in 2013. The result at the time suggested motor vehicles (31.1%), coal consumption (22.4%), industrial production (18.1%), and construction dust (14.3%) to be the main sources of local emissions.

During the past 5 years, Beijing has introduced a series of progressive reforms, and the energy structure—regarding sources and types—has been significantly upgraded. “The next step is to focus on improving energy efficiency,” said Li Xiang, Director of the Atmospheric Environment Management Division of the Beijing Environmental Protection Bureau. For instance, the city has successfully brought down 73% of coal consumption, keeping the total consumption under 6 million tons. Further actions would also be taken to promote a corresponding new energy transformation plan for residents in mountainous and rural areas. 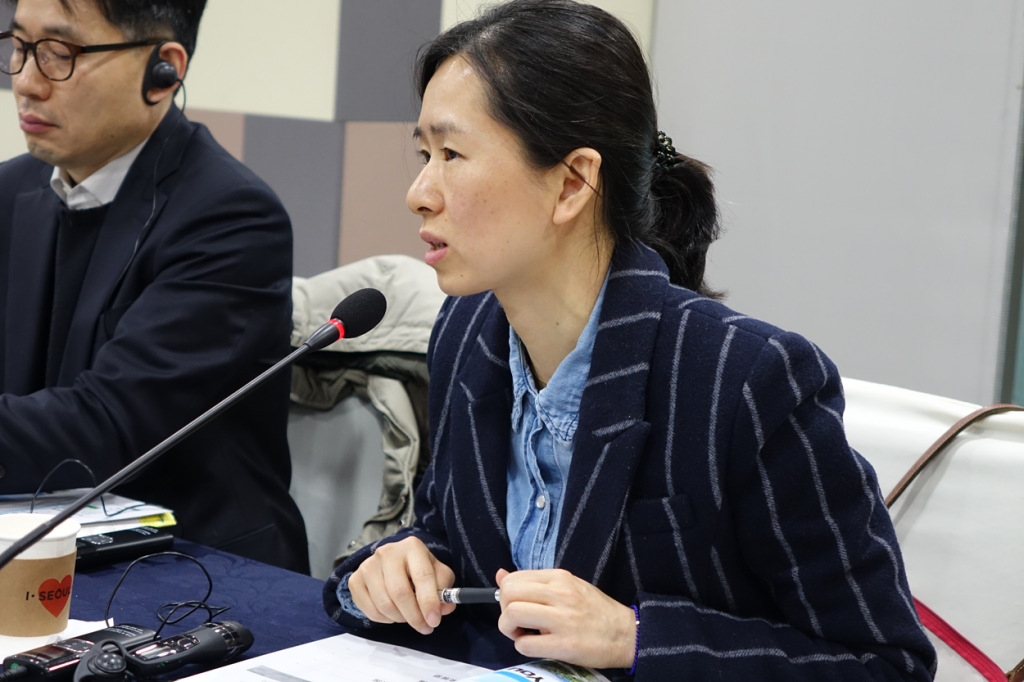 For the transportation sector, the targeted working areas of Beijing at the moment include: the total amount of vehicles; developing public transportation system; setting stricter standards; adjusting the mobility structure; promoting the improvement of vehicles in industries such as public transport, taxi, rental service, and freight transportation. The city has also completed a comprehensive supply of the sixth phase of automotive gasoline and diesel standards in 2017 and introduced a non-road mobile machinery low-emission zone program. Through these actions, Beijing has successfully achieved a steady decline in the concentration of nitrogen dioxide.

Li Xiang described this citywide reform being “the most determined, the most powerful, with the highest diversity in policy, and with the best result.” She added, “despite having managed to reduce the level of PM2.5 by 35μg/m3, there is still room for improvement, as the city is yet to reach the national standards and citizens’ expectations.” In particular, further work still needs to be done to lower the number of heavy-polluted days during wintertime.

VOCs are key precursors of PM2.5 and O3, contributing to complicated secondary pollution, and have become a challenge for many large-scale cities. Shi Aijun, Deputy President of the Beijing Municipal Research Institute of Environmental Protection, addressed the current status, control, and future plans of VOCs in Beijing. The main source of VOCs has been identified as mobile vehicles (28.65%), followed by stationary, domestic, and urban surface (non-point) sources although they do not differ much in terms of contribution. Actions have been taken since 2007, focusing on the development of emission inventory, mitigation of stationary sources, and establishment of emission standards.

Shi also outlined the city’s VOCs control plan in the future, in which both administrative regulations (e.g. pollutant permit system and stricter standards) and economic policies (e.g. charging principle and subsidies) will be implemented. Plans on sectors including scientific laboratories, catering, dry cleaning and VOCs containing products have been elaborated to the Seoul counterparts.

“Beijing is eager to participate in international cooperation of air quality improvement,” said Li Xiaohua, Deputy Director-General of the Beijing Environmental Bureau, “Seoul has rich experiences in promoting clean energy, fine dust control, and improving air quality in the metropolitan area that worth Beijing learning from.” Policies and Measures for Clean Air in Seoul

Research suggests that major sources of particulate pollution in Seoul include: heating (39%), transportation/construction machinery (37%), fugitive dust (22%), and biomass burning (1.3%); whereas the change of climate—increase in temperature, decrease in precipitation, and decrease in wind velocity—may have worsened the situation.

Under a Seoul Ordinance, particle pollution is classified as a “natural disaster” in the city. When PM2.5 levels reach the threshold—average PM2.5 of the day reaches over 50μg/m3, and the forecast of the following day is also over 50μg/m3 —emergency reduction measures would be implemented citywide. The measures include SMS warning service; closure of parking lots in public agencies; shortened operating hours of 12 public facilities with high air pollution emissions and 180 construction sites; restrictions on polluting vehicles; and 92 dust suction cars deployed.

Regarding the transportation sector, Seoul has enacted an ordinance to introduce the car labeling scheme and has established the low emissions zone (LEZ), restricting low eco rates vehicles from entering the area. Meanwhile, efforts to promote dirty diesel vehicle retrofitting are ongoing.

The city is aiming to introduce a mandatory odd-even driving ban. Informing social consensus, the government has been encouraging citizens to participate in the voluntary odd-even restriction through public campaigns and providing mileage incentives to discourage driving. There is a growing trend of concern about particular pollution among Seoul citizens. “Particle pollution” has been the second most frequently searched keyword online during the past 2 years. In response to the citizens’ high level of concern on the issue, the Metropolitan Government hosted a public debate at Gwanghuamun Square in May 2017, creating a space for citizens to reveal their concerns, and for the government to break down its policies for citizens.

Regarding VOCs matter, since the mid-1990s, the high concentration ozone phenomenon began to occur in Korean cities including Seoul; petrochemical pollutant stations have been installed since 2002 to measure VOCs. Currently, Seoul has 9 monitoring stations that measure a wide range of pollutants at regular intervals. While a vast majority of VOCs reduction actions are to be conducted by the central government, Seoul is expected to play a stronger role in the transportation sector in reducing vehicle emissions

Both Seoul and Beijing have been active members of the East Asia Clean Air Cities (EACAC)—a long-term partnership jointly initiated by 9 East Asian local governments and ICLEI East Asia in 2016, and recognize ICLEI as an international supportive cooperation. The two cities are looking forward to municipal cooperation, and hope the environmental departments from both sides could learn from each other and make progress together. ICLEI East Asia is ready to provide further assistance to the two cities in implementing the MOU they have signed for joint efforts on clean air.

On this occasion, Li Xiaohua also invited Seoul to participate in the 2nd Beijing International Forum for Metropolitan Clean Air Actions to share their experiences. 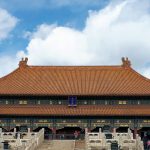 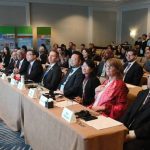