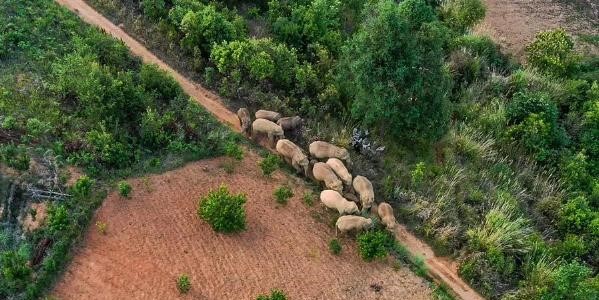 As the first warm-up event for the upcoming 7th Global Biodiversity Summit of Cities and Subnational Governments, a parallel event of the 15th Conference of Parties to the Convention on Biological Diversity (CBD COP-15) to be held in Kunming, Yunnan Province of China in October 2021, ICLEI East Asia and the Scottish Government co-hosted the virtual dialogue “Reinforce Local and Subnational Governments’ Actions and Contribution: Edinburgh Process for Post-2020 Global Biodiversity Framework” on 9 July, gathering over 100 participants from across China and from different time zones.

On this occasion, Shu Zhu, Regional Director and China Representative of ICEI East Asia, also shared the background and the preparation status of the 7th Cities Summit.

“Scotland was one of the first countries to recognize those intrinsic links between climate change and biodiversity loss, and has submitted a full progress report against the ground-breaking international targets agreed at Aichi in 2010,” said Mairi McAllan MSP, Minister for Environment, Biodiversity and Land Reform of Scotland, in the opening speech. She further highlighted that local and subnational governments play a key role in addressing biodiversity loss, and encouraged Chinese towns, cities, and provinces to add their voices to the new global strategy by engaging in the Edinburgh Process.

Oliver Hillel from the CBD Secretariat stressed the importance of the new global framework and its relevance to subnational governments and all urban dwellers. He believes that it would be an invaluable opportunity for cities and provinces in China to harmonize their policies towards an ecological civilization and make their efforts in mainstreaming urban biodiversity recognized globally through further engagement in the CBD Advisory Committees and platforms like CitiesWithNature.

“Well-designed policies need proper implementation,” emphasized Ning Liu, Second Level Inspector of the Department of Nature and Ecology Commission, China’s Ministry of Ecology and Environment, the Chinese Negotiator of CBD COP-15 and the Executive Deputy Director of the Executive Committee Office of COP15, in his keynote speech. “Local and regional governments play a critical role in bridging local communities with the central governments, promoting policies, as well as in realizing National Biodiversity Strategies and Action Plans.” He looks forward to seeing a more active engagement of Chinese local governments in the process.

In the first session, the Scottish Government Representative to China Martin McDermott debriefed the background and the key outputs of the Edinburgh Process, which was jointly led by the Scottish Government and the CBD Secretariat, and implemented with the support of a number of global partners since 2020. Through a series of online information sessions, thematic webinars, and consultations with cities and subnational governments on their role in the Post-2020 Global Biodiversity Framework and targets. One of the key outcomes of the Process includes the Edinburgh Declaration, which sets out the aspirations and commitments of the wider local and subnational constituency in translating local and subnational biodiversity targets into real and tangible local policies. To date, more than 150 cities, subnational governments, and their networks have signed the Declaration. “Restoring nature back into the urban landscape by applying nature-based solutions can help cities and regions to achieve climate, ecological and social resilience,” said Dr. Lena Chan from the National Park Boards of Singapore, as she presented the island city-state’s half-century-long efforts and experience in integrating greenery with the built environment.

“Think globally, act locally.” Dr. Chan encouraged Chinese local governments to work together, “as we are all embedded in biodiversity and nature.” In collaboration with a number of global partners including the Secretariat of CBD, Singapore has developed the self-monitoring tool City Biodiversity Index, which allows cities to evaluate their urban biodiversity conservation efforts. Currently, ICLEI East Asia is leading the Chinese localization of the Index and will be planning for a series of relevant capacity-building activities for local governments in China following the release.

Taking this opportunity, Ingrid Coetzee, Director of Biodiversity, Nature and Heath of ICLEI Africa, shared the two-decade-long journey of ICLEI in supporting cities to reconnect with nature and announced the launch of the Chinese version of the video “Reshaping Our Future through CitiesWithNature”, which introduces the global free platform for cities and partners to engage and connect, working towards the shared commitment of reconnecting communities with nature.

Reflecting on the points made by the speakers, Hugo Rivera-Mendoza of Post 2020 Biodiversity Framework – EU Support stressed that, as local and subnational governments are carrying out a significant share of the implementation of biodiversity policies, it is crucially important for them to not only bring their contribution to the realization of the new framework but also to share their best practices and the challenges they face.

We are the Solutions: Contributions by Local and Subnational Governments

In the second half of the event, the focus of the discussion was shifted back to local and subnational governments, during which representatives from Yunnan Province, Kunming City, Aichi Prefecture, Shenzhen City, and Beijing City showcased their local biodiversity actions, as well as their engagement in the global advocacy.

“Yunnan harbors unique and the richest biodiversity in China,” said Deputy Director Zhengwen Gao of the Office of Yunnan Steering Group for CBD COP-15. “Yet, just like the negative trends in global biodiversity, the biodiversity in the province is also fragile and vulnerable.” Despite all the efforts and achievements that have been made by the provincial government so far, the region is still under serious and incessant threats of invasive alien species, leaving negative impacts on both the local ecological environment and the economy. In this regard, Gao sincerely hopes the new global framework and the Edinburgh Process would help foster knowledge exchange and capacity development related to local biodiversity conservation so that relevant resources and techniques could be shared with regions and areas that are affected and under threat. Kunming, the City of Eternal Spring, has long been prioritizing ecological civilization and environment conservation. “Nature-based solutions promote the connection between people and nature,” said Vice Mayor Yonglu Liu of Kunming, “and it resonates with the Chinese concept of ecological civilization, which features living in harmony with nature.” As the host city of COP-15, Kunming is working closely with the CBD Secretariat, the Ministry of Ecology and Environment, and ICLEI, in preparing for the upcoming 7th Global Biodiversity Summit of Cities and Subnational Governments. 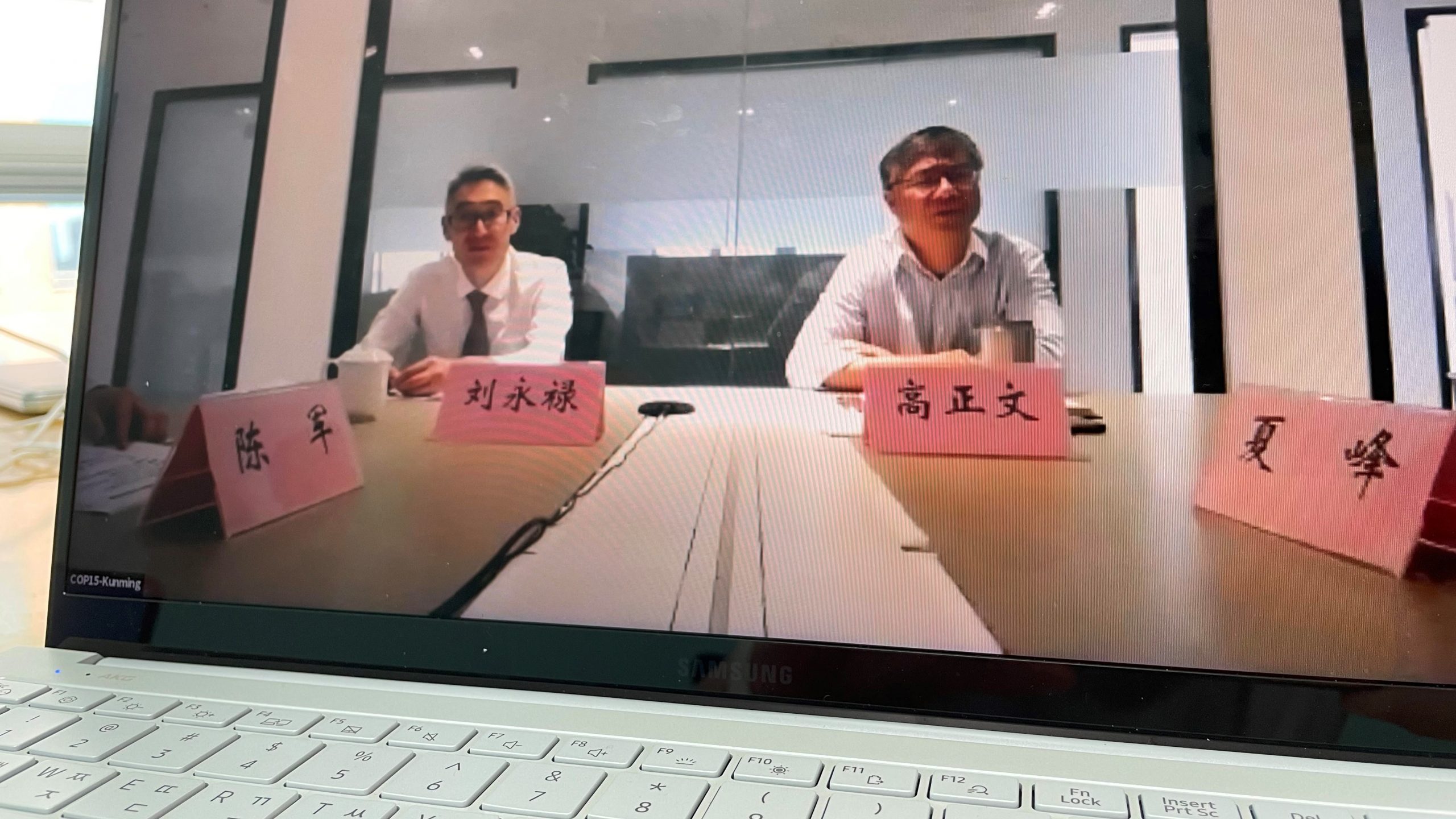 Aichi Prefecture, the host of COP-10 and the place where the 20 Aichi Targets were adopted, has made extensive efforts in advocating for biodiversity and nature over the years. In particular, through operating 9 ecosystem network councils across the prefecture that promote public engagement in nature observation, beach cleanup, and tree planting activities, Aichi has maintained close cooperation with a wide range of local players.

At the global level, Aichi has been leading the Group of Leading Subnational Governments toward Aichi Biodiversity Targets (GoLS) since 2016, aiming to showcase the roles and contributions of subnational governments in addressing biodiversity loss across the world. As the Decade of Aichi Targets comes to an end, Aichi actively engaged in the Edinburgh Process, as well as the collection of signatures for the Edinburgh Declaration, with the support of ICLEI Japan. So far, 54 local governments in Japan have endorsed the Declaration. “In the next decade, Aichi Prefecture will continue to walk together with you,” said Yasunobu Sugimoto, Director of the Natural Environment Division at Aichi Prefecture’s Bureau of the Environment, as he concluded his presentation.

Representatives from Beijing and Shenzhen shared the cases and experiences they have accumulated in protecting biodiversity as two of the two megacities in China. Haili Zhou, Deputy Director-General of the Shenzhen Municipal Ecology and Environment Bureau presented the city’s first ecological corridor in the Dapeng district, which was built to improve the flow of wildlife activities. Dr. Yangcui Ning of the Beijing Municipal Research Institute of Environmental Protection, on the other hand, introduced a number of animals that are endemic to Beijing, and have evolved together with the city.

“Local governments are on the front line of halting biodiversity loss,” said Vice Mayor Yonglu Liu of Kunming, “and their voices should be heard and counted in the development and the implementation of the Post-2020 Global Biodiversity Framework.” And he welcomes local and subnational governments from across the world to participate, virtually or physically, in the upcoming 7th Global Biodiversity Summit of Cities and Subnational Governments, garner knowledge and strengthen capacity in better implementing the new global framework, and contribute to achieving the vision of “Ecological Civilization: Urban Living in Harmony with Nature”. 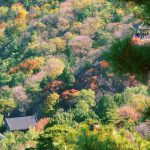 Consultation on the role of subnational governments, urban ecosystems and nature-based solutions in the Post 2020 Framework held in Beijing 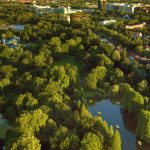