As the follow-up of the case study on the emission trading scheme of Beijing, the Asia LEDS Partnership (ALP) and the ICLEI East Asia Secretariat co-hosted a dedicated online peer-learning session for the case, inviting participants from the ALP member countries— including India, Sri Lanka, Malaysia, and Mongolia— to learn about Beijing’s experience in developing and operating its emission trading scheme (ETS) and actively exchange thoughts with the representative from the Beijing Municipal Ecology and Environment Bureau.

At the invitation of ICLEI East Asia, Ms. Chunmei Li, Deputy Chief of the Science & Technology and International Cooperation Division (Climate Affairs Division) of the Beijing Municipal Ecology and Environment Bureau, presented the experience and lessons learned from the city’s pilot Emission Trading Scheme (hereinafter referred to as ‘the Beijing ETS’) during the webinar on 11 March 2021.

As one of the 7 national pilots, Beijing established its ETS almost from scratch. By borrowing foreign practices and localizing them for the development of a local policy mechanism, as well as legal and regulatory frameworks, Beijing officially launched its ETS in November 2013. The city’s successful experience has been channeled into the incremental development of China’s national ETS, which is expected to be launched in 2021. In the session, Li presented the corresponding legislation and regulations Beijing has enacted for its ETS, which have proven to be a pillar of market operation and liquidity. As one of the two cities among all Chinese ETS pilots to have enforced municipal ordinances in regulating enterprises’ emissions, the legal bidding penalties for non-compliance set in Beijing have urged entities to actively seek carbon credits in the market. She also emphasized the importance of engagement and communication with enterprises when initiating the scheme, and shared how the Chinese Capital has earned buy-in from relevant stakeholders.

In addition, Li reminded that city-wide and sectoral GHGs inventories play a critical role in establishing a reasonable and effective carbon allowance allocation mechanism. For instance, to reflect the characteristics of each sector, Beijing has developed nearly 20 guidelines regarding sectors’ allowance allocation and deployed three methods of distributing the allowances. Accordingly, each industry has its dedicated Monitoring, Reporting, and Verification (MRV) system.

The Beijing ETS has also played a role in encouraging residents to adopt zero-carbon lifestyles. Citizens of Beijing can participate in the emission trading market by selling the carbon credits they earned through using public transport. Such transactions are carried out through an intermediate entity that collects credits from citizens and puts them on the open carbon market.

Participants were particularly keen to know the challenges Beijing has faced and how to overcome them. Li pointed out that the lack of a shared understanding of the ETS between the private sector and government agencies in the early stage had been a significant barrier. While businesses were not familiar with the concept of emission trading, government officials had little knowledge about financial markets. The Municipality, therefore, initiated a series of intensive capacity-building activities for all stakeholders, where experts from home and abroad were invited to provide know-how supporting Beijing to set up the scheme. 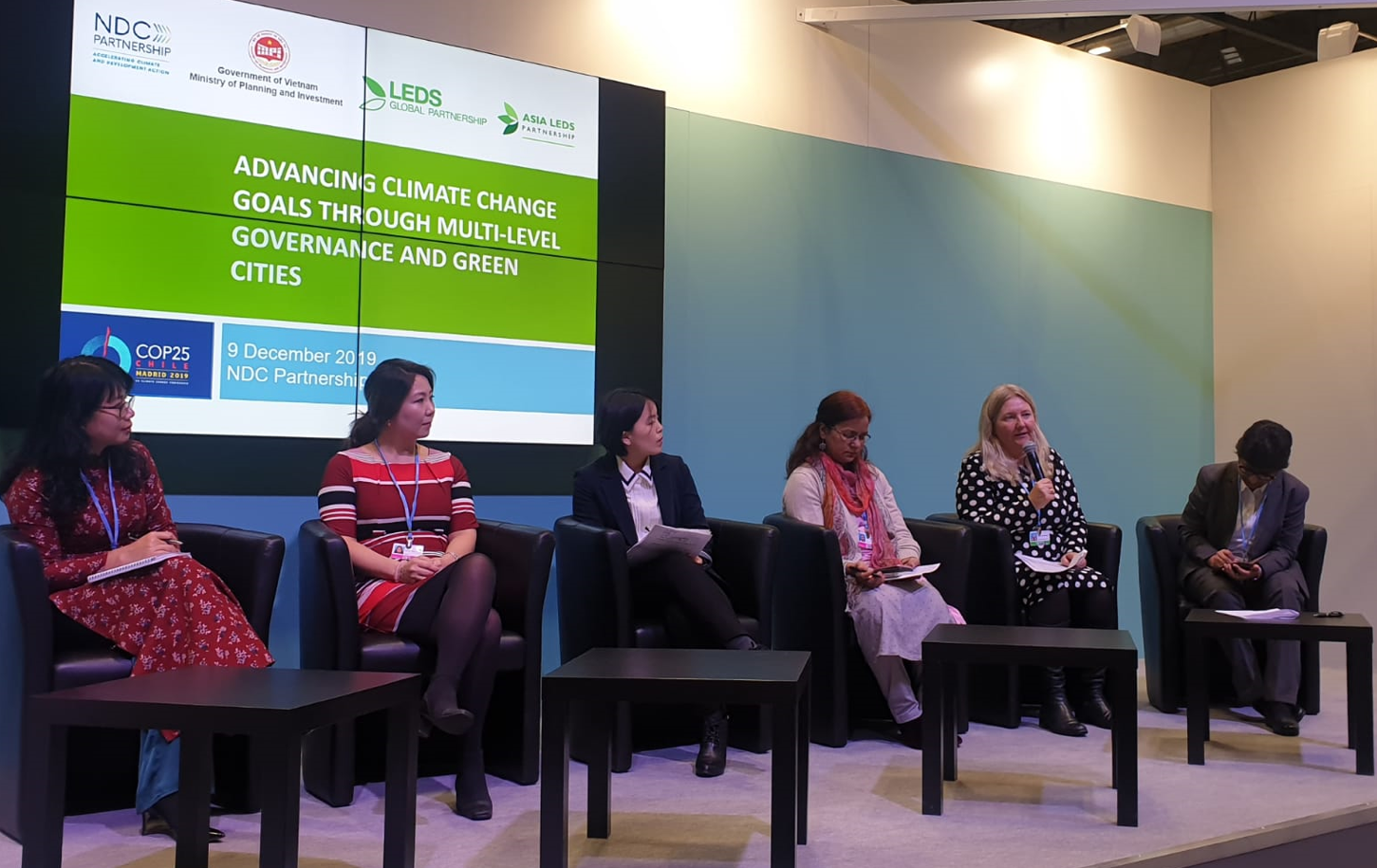 A representative from Beijing (third from the left) was invited to share the city’s successful experience of
establishing and operating the ETS at a COP25 side event in 2019.

After going through 3 different stages of implementation over the course of 7 years, the Beijing ETS now has over 900 liable entities from 7 sectors — electricity, heat, cement, petrol, transport, service, and other industries, covering around 40-45% of the jurisdiction’s total carbon emissions. More than 68 million tons of carbon allowance and offset credits have been traded, with the average price being around RMB 60 per ton of CO2.

The Beijing ETS has proven to be an effective tool to motivate enterprises to adopt emission reduction measures and improve energy efficiency. For instance, since its inclusion as a regulated entity in 2016, the Beijing Public Transport (BPT) has been eagerly replacing diesel vehicles with electric buses and natural gas buses and has successfully lowered its diesel consumption by 50% as well as carbon intensity (CO2 per ten thousand kilometers) by 6% between 2016 and 2019. In 2020, BPT has a surplus of 54,000 tons of carbon allowances – which is equivalent to nearly RMB 3 million yuan – indicating that the ETS has not only successfully reduced carbon emissions but has also led to economic benefits for enterprises. 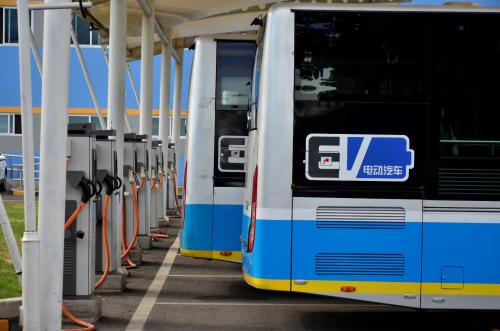 Li concluded the session with practical takeaways for cities considering establishing an ETS:

The future looks bright for the Beijing ETS. While the 13 electricity power plants located in the city will be transferred to the national ETS, the remaining entities will continue to be regulated through the municipal ETS. In addition, Beijing is planning to expand the ETS regulatory to further cover the urban logistics and aviation sectors and is looking to embrace innovative technologies, such as blockchain, to enhance transaction transparency. With innovation and enlarged participation, China’s capital is on its way toward carbon neutrality.

ICLEI East Asia will continue supporting Beijing and other cities in the region to achieve the Paris Agreement goals, as well as to realize the zero-carbon ambition. With ICLEI’s Carbon Neutrality Framework, the in-house experts and consultants at the East Asia Secretariat will work closely with cities in improving GHG inventory methodologies and data quality, divesting from fossil fuels, and offsetting carbon emissions. 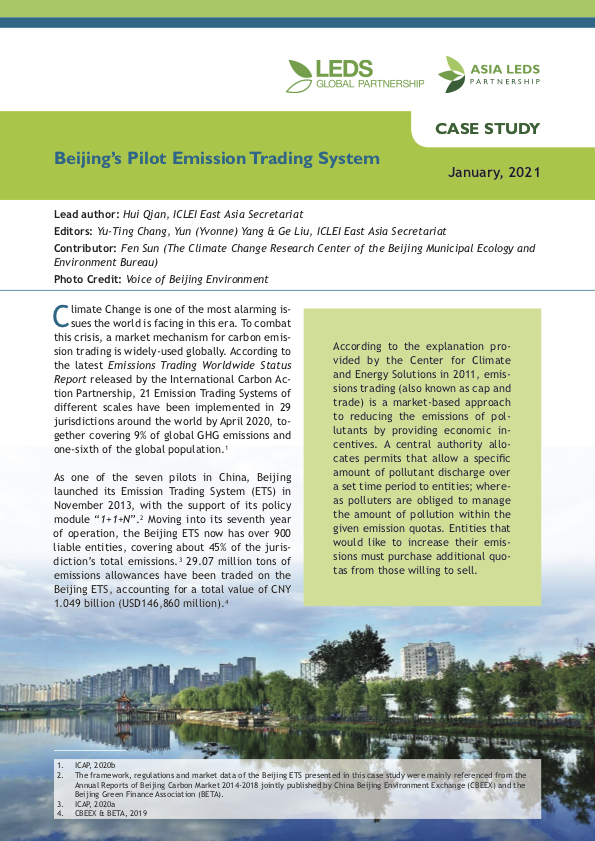 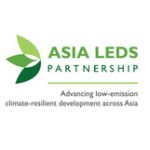 ICLEI to engage in managing the Asia LEDS Partnership (ALP) 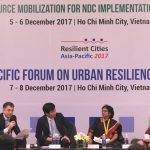