Air pollution is one of the biggest drivers of climate change and the greatest environmental risk to human health. Today, 9 out of 10 people are breathing polluted air, and only 12 percent of cities have air quality measures that meet WHO standards. Yet, air pollution knows no borders and disproportionately affects women, children, and elderly groups, claiming an estimated 7 million lives globally each year. Seeing the increasing need to make further efforts to improve air quality for human health, the United Nations General Assembly designated 7 September as the International Day of Clean Air for blue skies in 2019.

2020 celebrates the first International Day of Clean Air for blue skies, aiming to build a global community of action that encourages international cooperation at the national, regional, and local levels. Themed “Clean Air for All”, invites everyone to consider how to support action for clean air in everyday lives.

The continuously growing amount of air pollutant emissions resulting from rapid urbanization and industrialization has made East Asia one of the most polluted regions in the world. National, regional, and local governments in this region are understanding the importance of and the urgent need to raise awareness at all levels to promote and facilitate actions to improve air quality.

As one of the collaborating agencies, ICLEI East Asia supported our cities to actively participate in the first International Day, sharing local action and achievements via the #CleanAirForAll Campaign, and co-delivered online training with partners for the Chinese city of Chengdu.

Suwon is among the 80 Korean local governments that have declared a climate emergency and are committed to becoming a net-zero city in 2050. The city has been on the frontline calling for air quality improvement since its 1st Master Plan on Climate Change Response launched in 2011, and has been promoting electric and hydrogen vehicles for simultaneously reducing air pollution and achieving carbon neutrality. In addition, the city also targets heavily polluted industrial complexes as one of its priority areas and utilizes urban forests as a key measure to reduce microdust and urban heat. → See the story of Suwon 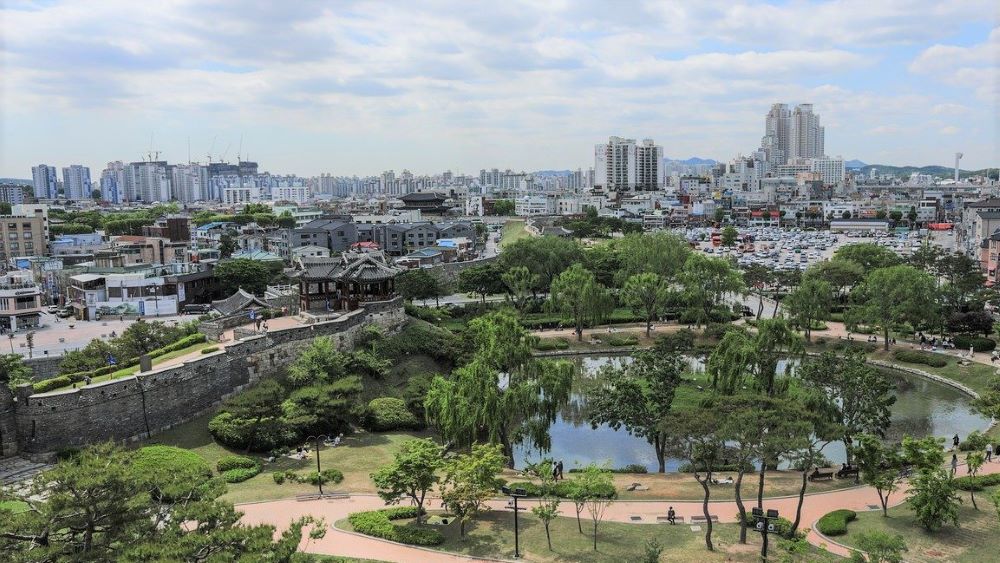 Ulaanbaatar, the capital and the largest city of Mongolia, is home to about 45% of the country’s population. Economic and population growth over the past decades have left the city blanketed in heavy air pollution. In addition, the extremely high demands of winter heating resulting from the city’s strongly continental climate with long and frigid winters have also contributed remarkably to local air pollution.

The government of Mongolia and its capital city have made numerous joint efforts to enhance the insulation of buildings, improve the efficiency of stoves and replace raw coal with refined coal briquette, which together contribute to a 52% drop in fine particulate pollution in the winter of 2019. The city of Ulaanbaatar has set up an even more ambitious goal of reducing air pollution by 80% in the upcoming years. See the message from Deputy Mayor Munkhjargal Dashnyam of Ulaanbaatar, Mongolia As policies related to air quality control are developed by the central government and passed to municipal governments for implementation, Chengdu, the new ICLEI member, like any other Chinese city, has been strictly following the “Three-Year Action Plan for Protecting Blue Skies (2018-2020)” issued by the State Council of China. And following the institutional reform between 2018-2019, both the atmospheric environment and climate change action are now under the responsibilities of the new-established Chengdu Bureau of Ecology and Environment. To better capture the co-benefits of air pollution control and climate change mitigation, Chengdu took the opportunity by participating in the training “Integrating Air Pollution and Climate Change Planning in Cities” co-delivered by ICLEI East Asia, Clean Air Asia, and IGES, and funded by CCAC. Through the training, around 30 officials from the Chengdu Municipal Government and its relevant entities were updated with the latest knowledge on short-lived climate pollutants (SLCPs), methods for quantifying and integrating co-benefits of climate change and air quality control into policy and decision-making, as well as good practices and lessons.

On the same day, ICLEI East Asia also supported the Beijing Municipal Bureau of Ecology and Environment in organizing the 4th Beijing International Forum on Metropolitan Clean Air Actions, gathering over 100 participants in-person or online to exchange their actions and experience regarding the synergistic reduction of atmospheric pollutants and GHGs in the energy and transportation sector. Shu Zhu, Regional Director of ICLEI East Asia was invited to present the results of bilateral research on air quality management between Beijing and Seoul in the session “Impact and Implications of the COIVD-19 Pandemic on Air Quality and Carbon Emissions”. 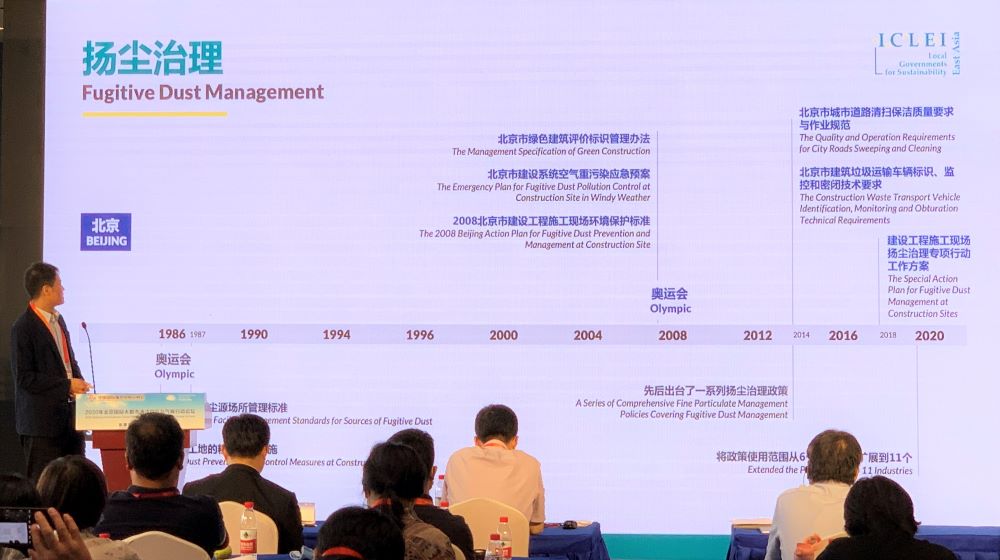