Coming along with the heat wave, more than 500 participants from all over the world arrived in Bonn, Germany for the Resilient Cities 2019: 10th Global Forum on Urban Resilience and Adaptation – Delivering Local Resilience during 26-28 June 2019.

The first Resilient Cities Congress was jointly launched by ICLEI – Local Governments for Sustainability, the World Mayors Council on Climate Change, and the City of Bonn, Germany in 2010, and was renamed the Global Forum on Urban Resilience and Adaptation in 2012. This year marks the 10th anniversary of this global event on urban resilience.

Despite the wide variety of political and geographic contexts, there has been a growing trend that local governments in the Northeast Asian region have begun, mandatorily or voluntarily, formulating action plans in the context of climate change adaptation, emergency response, and disaster risk reduction. In this regard, the ICLEI East Asia Secretariat, together with UNDRR, invited 3 city representatives from the region to exchange their local practices on resilience and climate change adaptation during the session “Towards Urban Clime Resilience in Northeast Asia”. 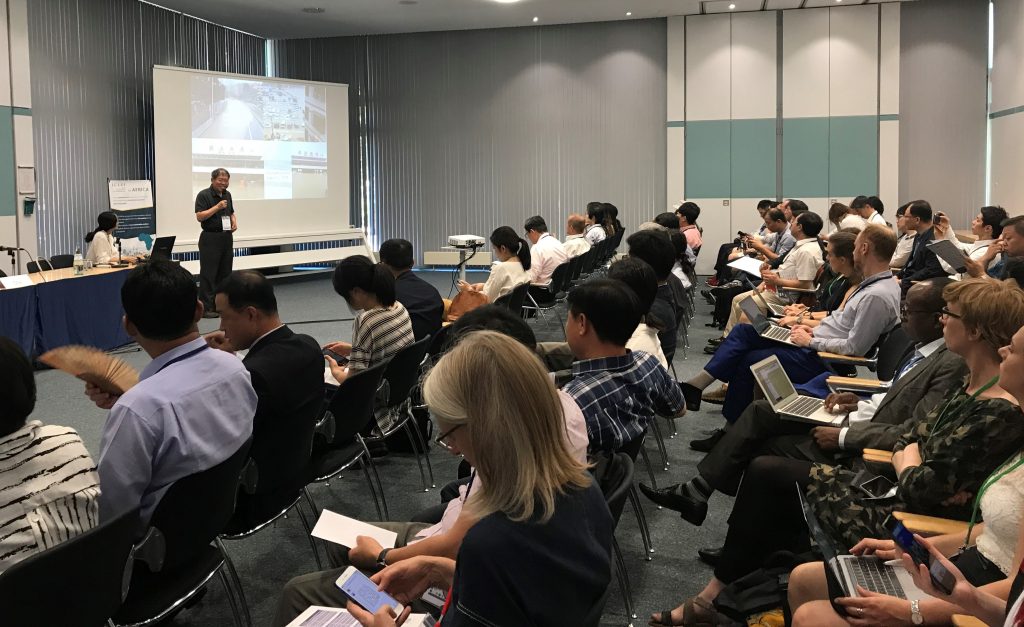 On this occasion, the ICLEI East Asia Secretariat also invited Ju Yong Yu from the Committee for Cultural Relationship with Foreign Countries of the Democratic People’s Republic of Korea (DPRK) to participate in the session, as part of ICLEI’s portfolio to strengthen capacity-building activities for the country’s officials.

The Korean city Ulsan, represented by Heejong Kim from the Ulsan Development Institute, has gone through “3 miracles” in moving towards a resilient city. The first miracle was the city’s transformation from a fishing village into an industrialized city, with the export revenue expanding by 360,000 times and the number of manufacturing workers increasing by nearly 250 times. Yet, the industrial growth was accompanied by environmental degradation and emerging safety issues in the city.

In tackling them, Ulsan announced the Ulsan Eco-Polis Declaration, and miraculously restored the environment. The third miracle happened in 2015 when the city developed a safety plan by joining the UNDRR “Making Cities Resilient” campaign, which was then ranked top in the local safety index conducted by the Ministry of Interior and Safety of Korea in 2018.

The highlight of this session was the presentation on the Chinese city Zhuhai, delivered by Professor Nian She, of the Tsinghua Innovation Center in Zhuhai.

Shortly after being selected as one of the pilot sponge cities by the national government back in 2016, Zhuhai was hit by Super Typhoons Hato and Mangkhut in 2017 and 2018 respectively, causing a total loss of 7.6 billion dollars and 30 deaths. Since then, Zhuhai has been paying special attention to improving the resilience of the city. Professor She presented the 4 km*4 km grid climate prediction of Zhuhai and helped the city to build up the Jinwan Park, which is able to drain rainwater within 5 hours after heavy storms.

The city of Changde, represented by Yuanguo Li of the Changde Municipal Public Affairs Management Bureau, has been selected as both a pilot sponge city and a pilot climate change adaptation city by the Chinese national government. As the city continues to make progress in developing resilience, it has formulated and implemented a set of Key Performance Indicators (KPIs) for sponge city development and is developing one for climate change adaptation.

The participating cities appreciated the opportunity to exchange knowledge and experiences provided by this international forum, and are looking forward to furthering collaboration in the future. 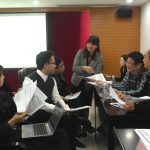