ICLEI East Asia delivered a full-day training to support the Chinese city of Chengdu to accelerate resilience development. Around 50 officials from the departments of ecology and environment, emergency management, housing, meteorology, transport, finance, public security, and water resources within Chengdu Municipal Government, as well as representatives from district bureaus, participated, and jointly conducted a preliminary assessment of the city’s current status in resilience development.

Chengdu is one of the most important strongholds and capitals throughout the long history of China. It is also where the well-known Dujiangyan Irrigation System is located – the oldest existing irrigation project in the world diverting water without a dam to filter sand and distribute water with an inflow-quantity control, protecting the Plain of Chengdu from floods and droughts for over 2000 years. Whereas in the modern era, while the city has witnessed accelerated industrialization and rapid development, and has grown into a logistics, trade, culture, and transport hub in Southwest China, the Dujiangyan Irrigation System is still carrying on its role as the flood shield of Chengdu.

Following the 2008 Sichuan earthquake which attracted the world’s attention, another two tremendous earthquakes, again, hit the Province in 2013 and 2017 respectively. Although the epicenter of these earthquakes was located in other cities, the impacts reached far to Chengdu, the provincial capital of Sichuan. In addition, as global warming becomes more apparent around the world, Chengdu is also suffering from floods, heat waves, and droughts.

There is an increasing need in Chengdu for resilience, especially to combat climate change.

“Chengdu was selected as one of China’s National Safety Development Demonstration Cities in 2019, for which, all departments within the Municipality are required to make a contribution to the city’s overall evaluation of disaster risks, covering all sectors and areas”, said Wei Xu, Deputy Director of Relief Department, Chengdu Bureau of Emergency Management. More importantly, through this joint effort, the city identified all the potential issues existing and lasting for the past decade. Indeed, as Farong Xiong, Deputy Director-General of Chengdu Bureau of Ecology and Environment affirmed, “Chengdu is devoted to building a prototype of a low-carbon and resilient city.”

In addition, Professor Bingwei Tian from Sichuan University- Hong Kong Polytechnic University Institute for Disaster Management and Reconstruction (IDMR), shared that “Sichuan University located in Chengdu has established a disaster risk reduction research center and the college of emergency management, and has introduced relevant studies and programs to make Sichuan Province a flagship in disaster resilience.”

With the support of the United Nations Office for Disaster Risk Reduction Office for Northeast Asia and Global Education and Training Institute (UNDRR ONEA-GETI), ICLEI East Asia delivered a one-day training on 7 January 2020, for Chengdu City to strengthen its capacities for climate change adaptation and resilience. 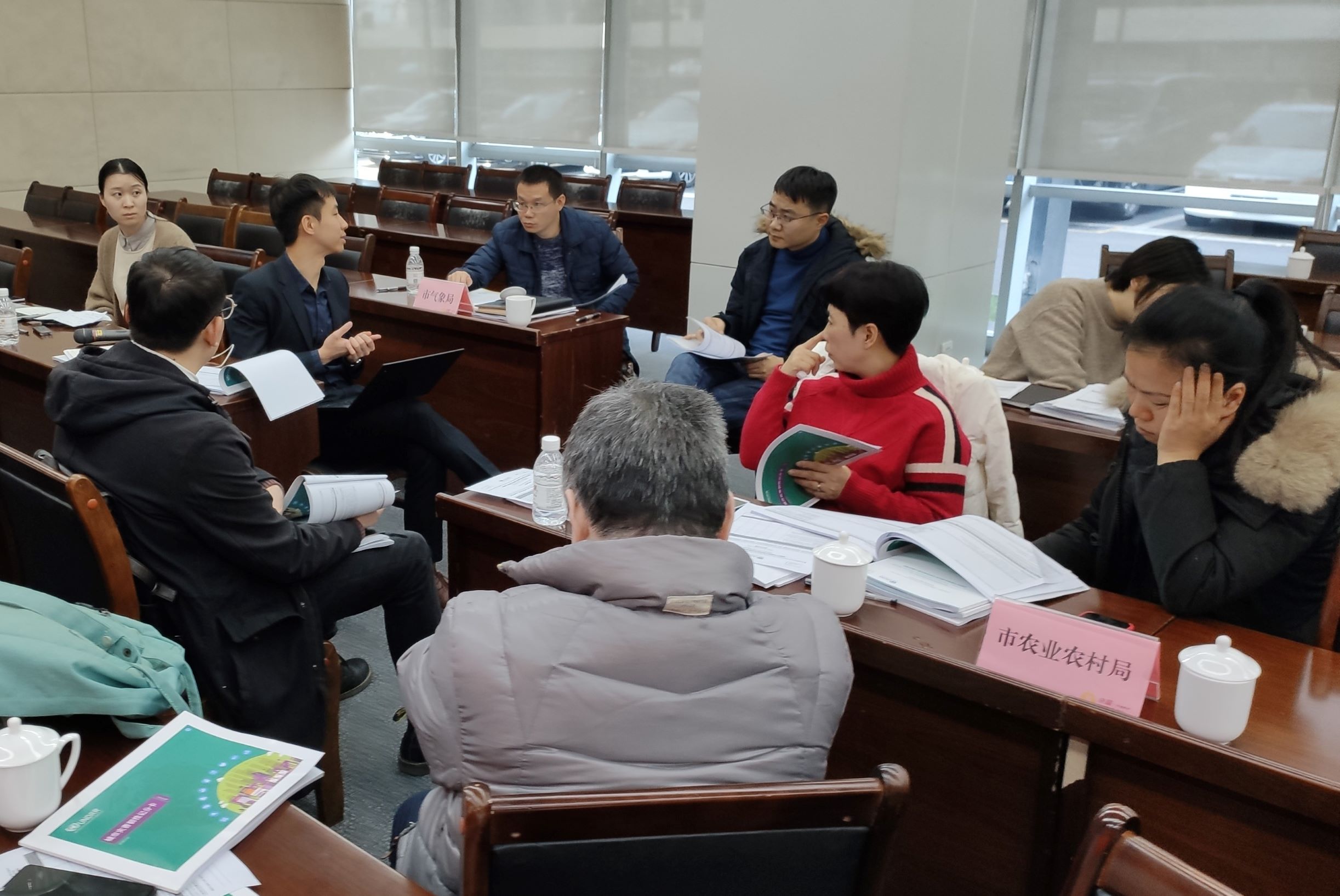 Through the training, the participating officials from the Government of Chengdu Municipality practiced applying UNDRR’s Ten Essentials for Making Cities Resilient Scorecard and conducted a preliminary assessment of the city’s capacities in disaster prevention, mitigation, and urban resilience. The result of the assessment suggests that Chengdu’s strengths lie in Strengthening Institutional Capacity for Resilience (Essential 6) and Ensuring Effective Disaster Response (Essential 9); whereas the biggest challenge in applying the scorecard came from Understanding and Strengthening Societal Capacity for Resilience (Essential 7). In particular, regarding Essential 7, the participants found it difficult to identify whether the existing communication organizations are affiliated with the government.

Through the training, participants have widened their understanding of climate change adaptation and urban resilience, and have generated new ideas on how the city can enhance its capacity. In particular, the participants have found the concepts, cases, tools, group discussions, and networking activities useful. However, they have also suggested that the overall training materials and content could be further tailored with an emphasis on climate-oriented resilience.

This series of training has been first carried out in Ningbo in 2019. And following the global coronavirus outbreak, the remaining two training workshops will be postponed to the second half of 2020.