The Seoul International Forum on Air Quality Improvement 2019 kicked off on the morning of 22 May, gathering officials of 35 cities from China, Japan, Mongolia, Vietnam, Singapore, and Korea, to explore solutions for fine dust and other forms of air pollution.

On the second day of the Forum, the session “City Networks for Clean Air” covered a variety of approaches for air quality improvement through cooperation at the global, regional, and local scales.

East Asia is one of the most heavily air-polluted regions in the world due to the continuous growth of air pollutant emissions resulting from rapid urbanization and industrialization.

As the days with a higher density of Particulate Matter (PM) in East Asia continue to increase, cities in the region are placed at the forefront of the fight against air pollution, to minimize its damaging impacts on citizens’ health and well-being, as well as on the ecosystems and urban infrastructures.

While each city has its unique characteristics, many of them in the Forum are actually facing similar challenges regarding air quality, and are all eagerly seeking solutions and borrowing experiences from advanced practices.

Launched in 2016, EACAC has grown into a regional partnership platform of 10 East Asian cities as an inter-city cooperation mechanism for knowledge exchange and capacity building. It assists member cities to access solutions, and enhancing local capacities on pollution management, synergizing air quality and climate actions, and policy measures through peer learning and information sharing. 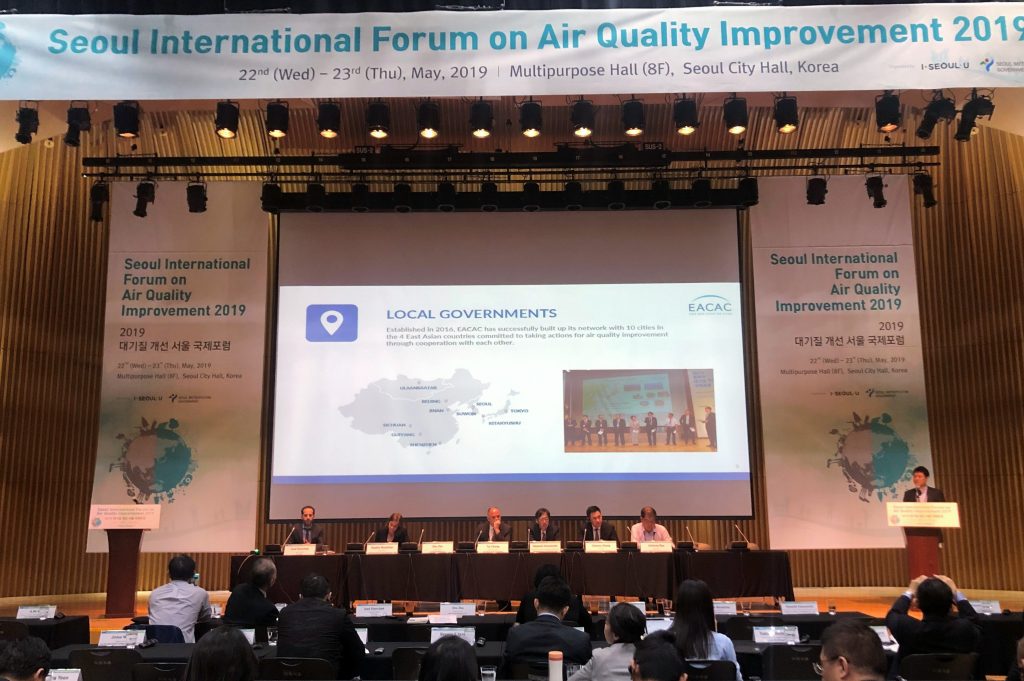 EACAC has 10 member cities from the East Asian region.

Moving into the third year of the program, EACAC is looking to establish a regional air quality information platform (knowledge hub) to foster knowledge exchange between East Asian cities by demonstrating and disseminating their best practices on air quality improvement, as well as to further benefit cities in other regions that are facing similar challenges.

On this occasion, EACAC city Kitakyushu of Japan also shared its years of experience in pursuing environmental improvement. Developed as one of the major heavy and chemical industrial areas in Japan, Kitakyushu has contributed massively to the country’s rapid economic booth, yet, was also severely affected by pollution resulting from the growth. After decades of effort, the city managed to make a spectacular return to clean and blue skies in the late 1970s and has remained devoted to environmental improvement by sharing its experiences and know-how through inter-city and international cooperation.

Under the framework of Sino-Japan environmental cooperation, Kitakyushu has been working closely with 6 Chinese local governments since 2014. By dispatching experts, providing training opportunities, and conducting joint research, Kitakyushu has contributed to enhancing the environmental management capacities of cities in China. 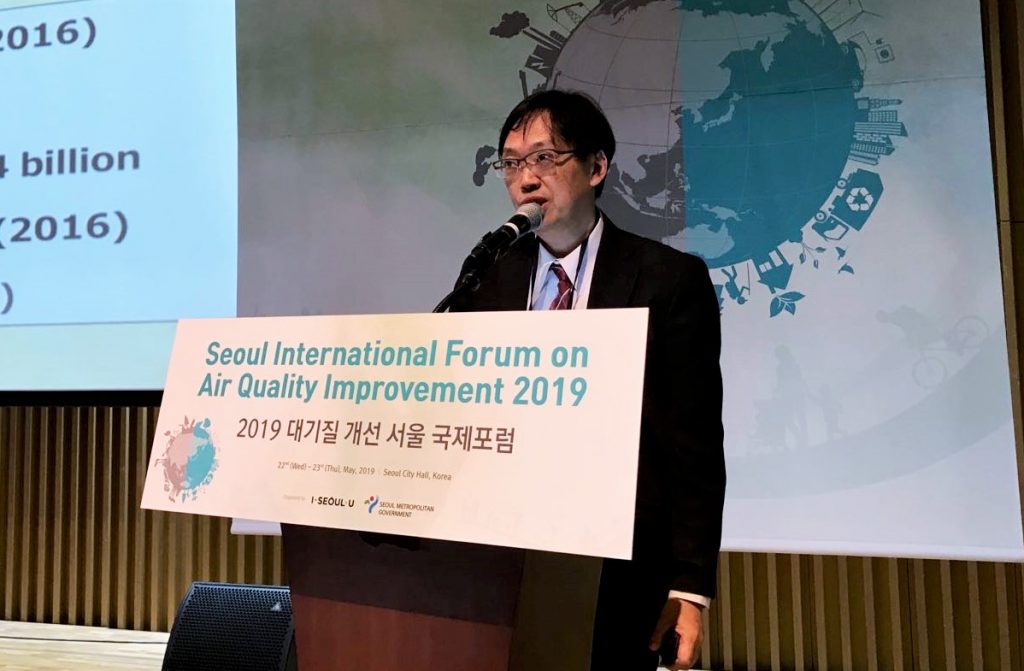 As Chinese cities of Beijing, Shanghai, Tianjin, Wuhan, Dalian, Tangshan, and Handan successfully reduced their PM2.5 concentration level by roughly 30% between 2014 and 2016, the concentration level in Kitakyushu also lowered during the same period of time, which reflected how cities could further improve their local environment through inter-city and international cooperation.

Following this achievement, Kitakyushu is ready to continue to take an active role in implementing model projects and joint research for better air quality and share its experiences with other cities in Asia.

In the closing remark of the forum, the Vice Mayor of Seoul Hwang Bo-yeon encouraged all participating cities to continue benchmarking their success, and to jointly develop a consortium for urban air quality improvement in the region, and beyond the region. “Cities are not always successful with their actions, but they are nimble and are not afraid of failures,” said the Vice Mayor, as he explained how case studies could be fruitful sources for cities to learn from each other.  “Global city networks like ICLEI and C40 Cities are playing an increasingly important role in facilitating cooperation mechanisms and platforms for cities to share information and exchange experiences on air quality improvement” he added. 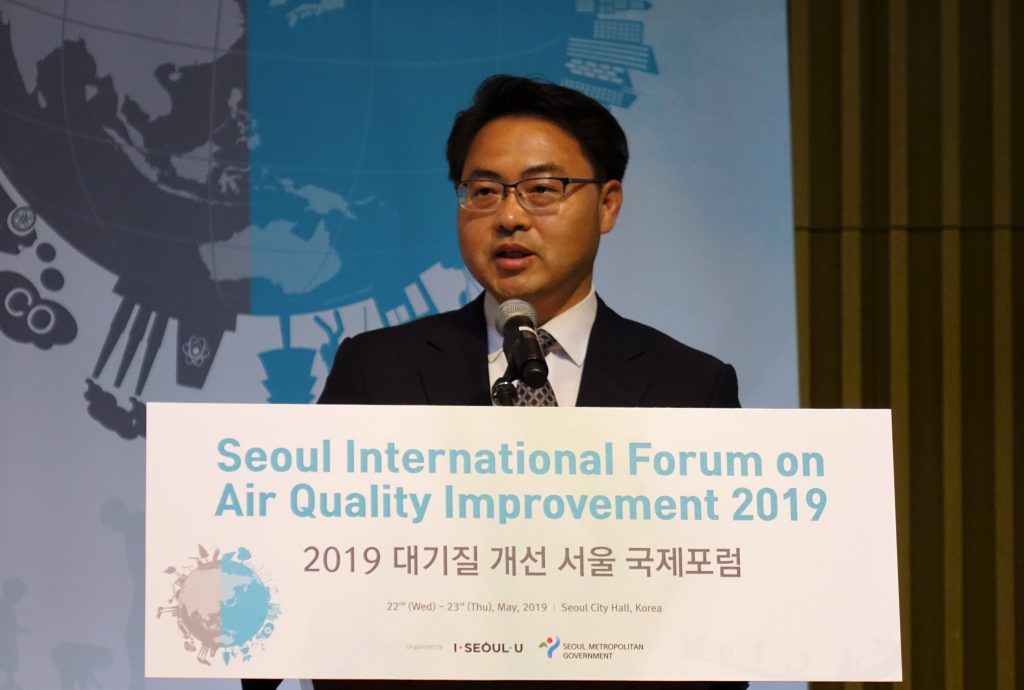 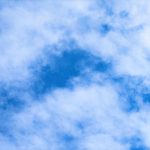