ICLEI East Asia organized the Green Public Procurement Capacity Building Workshop in Beijing on 15 December to strengthen the capacity of ICLEI staff members, in order to support cities in enhancing GPP implementation. This workshop was designed as a kick-off event for the project of ‘SPP Tender Implementation and Impact Monitoring’ under the 10YFP, the ten-year framework of programs on sustainable consumption and production patterns.

The 10YFP is a global framework of action to enhance international cooperation to accelerate the shift towards sustainable consumption and production. It is composed of five programs and working areas which include sustainable public procurement (SPP). As part of working group activities on SPP, ICLEI East Asia together with ICLEI Europe and the Korea Office will conduct a two-year project to support Chinese and Korean cities in enhancing GPP at the local level. 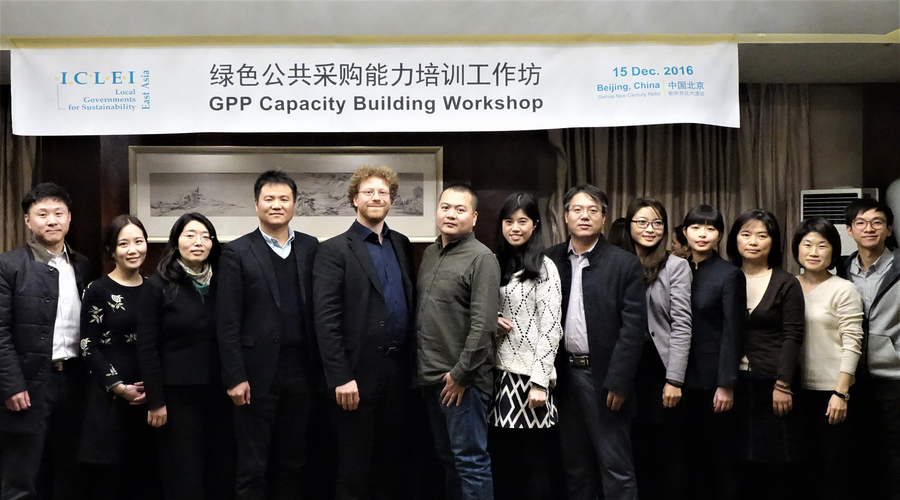 The workshop also invited representatives from Dongguan City and other Chinese partner organizations such as the China Environmental United Certification Center, the Tianjin Green Supply Chain Center, the Sustainability Consortium, and TOP10 China to share their experiences and insights on green public procurement (GPP).

Phillipp Tepper, Coordinator of Sustainable Economy and Procurement at ICLEI Europe, provided an in-depth training session during the workshop, covering topics from the concept of GPP to innovative strategies and best practices of GPP implementation in Europe. Admitting existing challenges to accelerate GPP, Tepper highlighted the importance of target setting, legal and political support, long-term vision and strategy, and cooperation and networking with other stakeholders and cities for GPP implementation. 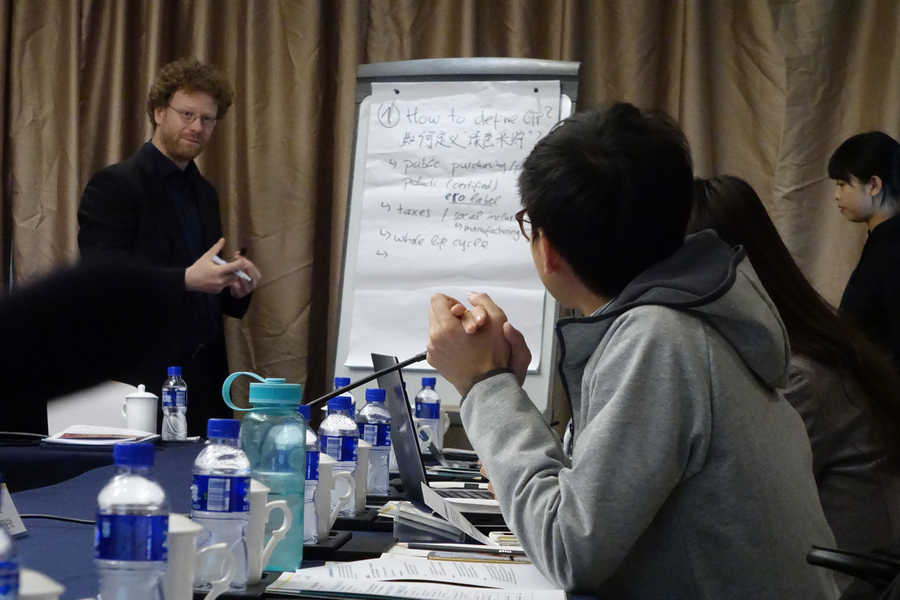 Hyejin Ko from the ICLEI Korea office shared the legal framework and online e-procurement system for promoting GPP at both national and local levels in Korea and presented the city of Busan as the best practice among Korean cities. According to her, Busan’s GPP has increased to about 40% after amending the local ordinance to promote the purchasing of green products.

Ling Ding, GPP Office Manager of the China Environmental United Certification Center (CEC), explained how GPP implementation has been improved in China over the past 10 years. Based on the two lists of environmental label products and energy conservation products, GPP related to goods reached 81.5% in 2015. Ms. Ding further confirmed that the Chinese government has started to develop an e-procurement platform for better implementation and monitoring of GPP which is similar to the one that is adopted in Korea.

Following this capacity-building workshop, ICLEI will soon identify 2 Chinese cities and 1 Korean city as participating cities in the two-year project plan, which is designed to support cities in enhancing their GPP practices and monitoring the impact of their achievements. Hyejin Ko of the ICLEI Korea office presented Busan as the best practice of GPP among Korean cities. 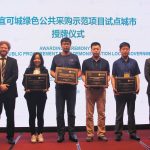 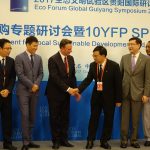 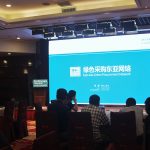