The global outbreak of COVID-19 has significantly affected social and economic well-being worldwide. Standing at the closest level of governance to the people, local governments around the world have adjusted the way they work and what they are working on, hoping to minimize the pandemic’s consequences at the city level.

With the COVID-19 curve slowly flattening, it is time for cities to begin reflecting on whether their urban systems — which people heavily rely on — are ready to absorb and recover from any shock or stress while maintaining their essential functions, structure, and identity, as well as adapting and thriving in the face of continual change.

In fact, increases in frequency and intensity of extreme climate events, natural and anthropogenic hazards, as well as social-economic crises had led to the evolving global awareness and debate on the topic of urban resilience in recent years.

In 2010, ICLEI – Local Governments for Sustainability launched the first Resilient Cities Congress in Bonn, Germany to respond to the growing and largely unaddressed need of local and regional governments to plan for the uncertain impacts of climate change in an integrated manner. At the time, resilience was a relatively new concept in the international community, often used as a synonym for climate change adaptation. Indeed, during these 10 years, it has become painfully clear that climate change risks and hazards are not a distant threat, but a very present reality with highly localized consequences.

Climate change is a global problem, but its disastrous consequences are concentrated in urban areas and disproportionately affect the poor and disadvantaged populations. Local governments must respond to non-climate-related issues, such as earthquakes, economic crises, and socio-political conflicts. For these reasons, cities and their stakeholders have a crucial role and responsibility to integrate climate change adaptation and socio-economic considerations into an overarching resilience strategy.

Through the lens of the Resilient Cities Congress Series, ICLEI’s Resilient Cities, Thriving Cities report provides an appraisal of the state of resilient cities over the last 10 years, as well as the actions of the main players in the field of urban resilience, hoping that it will serve as a reference for political leaders, practitioners, funders and representatives of the international community and civil society involved in urban resilience and sustainable development, and as inspiration for the next decade. 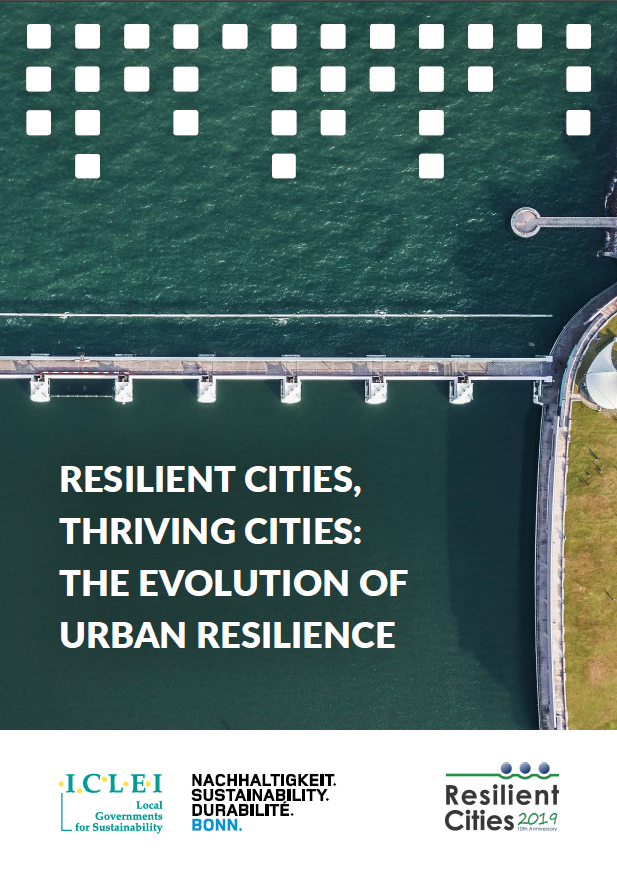